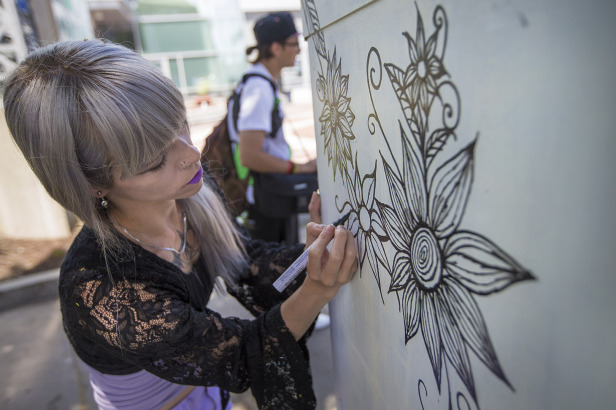 HOW DOES GRACE RELATE TO CREATIVITY?

Eternal Grace is a proposition that produces products.  The proposition of eternal grace produces a community producing films and art that can inspire and educate, sharing strength, experience, hope, and faith in a way that attracts others without proselytizing.  Eternal Grace's first project, "Sister Aimee: The Aimee Semple McPherson Story." was a small independent film produced on a very modest budget, which found it's way to the shelves of Blockbuster Video.

Art is tribal.  The Impressionist painters met for lunch and painted each other.  Gifted artists have been drawn to the spirtual support and nurturing of Eternal Grace.  Here's a case study of the fruitfulness of EG's Hollywood house church network.  In one of our groups, a dozen artists met in North Hollywood in mutual support and connection with each other and with God, the Creator and Master Artist.  Within a short period, a flurry of art emerged from those connected to this house church.  Gifted directors like Mark Freiburger, Tim Chey, Drew Cinclair, and Richard Rossi produced a half dozen films between them that got international distribution.  Singer-songwriters like Mary Makarios, Laura Anderson, Robert Amberry, Aimee Blacher, Sheri Pedigo, Josh Rossi and his band Others, and Richard Rossi wrote new songs, and music CDs were recorded and released.  Actor Craig Zucchero landed a part in the Clint Eastwood film "J. Edgar."  Sherrie Rossi wrote, directed, and produced a short puppet film on public safety to save lives. Stephanie Sullivan created and choreographed the gospel in dance.

WHAT ARE SOME OF THE PRODUCTS THAT GREW OUT OF THE GRACE PROPOSITION?

We create products through artists volunteering time and talents and donors giving.  The art that emerges comes through different individual artists, but is collaborative and supported by the community of Eternal Grace. Working on film sets, in recording studios, and in art studios on art that shares God's love for the world is a form of organic church for us.  And it keeps us "otherly" with a mission to share our talents with others rather than bury our talents in the sand.  One of our most popular bands in the L.A. club scene currently is named "Others" for this very reason.

Our message of encouragement to you to find your creative passions is found in the new book "CREATE YOUR LIFE: DAILY MEDITATIONS ON CREATIVITY" by our founder Richard Rossi.  The book blends spiritual principles and a healthy concept of God with practical suggestions to help you find your calling and passion and go with the passion, and shares scores of stories and experiences from the varied artists in Eternal Grace all over the globe.  CYL is available in book form and for Kindle.  To read a free excerpt to get a taste of our word for you, click HERE: http://www.amazon.com/CREATE-YOUR-LIFE-Meditations-Creativity/dp/1475227205/ref=sr_1_1?s=books&ie=UTF8&qid=1339800536&sr=1-1&keywords=create+your+life+rossi

Stick Man, Richard's long-awaited coming-of-age novel about a young man's spiritual journey from fundamentalism to freedom, is now available on Amazon.com  The novel shares in story-form the lessons Richard learned.  From his background as a graduate of Jerry Falwell's Liberty University, Richard went through a healing process to recover from the damage done by his time under the toxic teachings of legalism.  Stick Man is a love story about a boy growing up in Pittsburgh.  The novel incorporates the steps of reclaiming your life from fundamentalist indoctrination and is getting rave reviews from believers and unbelievers alike.  Stick Man is a healing story for those who have been through spiritual abuse and are making a similar journey towards embracing a concept of God as a loving Father, rather than as a punitive judge.  "Stick Man" (both the novel and soundtrack) by Richard Rossi are now available at http://www.amazon.com

Sit back and enjoy fifteen fun minutes of our founder's stand-up comedy performance on the subject of "Recovering from Religion", Click the link below to laugh, and feel free to forward to friends:

Cellphone use while driving kills thousands, it's the #1 killer on the road now. Here's Sherrie Rossi's puppet PSA "Drive Now Please" you can watch: https://www.youtube.com/watch?v=Vxrhp2e8m84&feature=youtu.be

Our last film project, "Baseball's Last Hero: 21 Clemente Stories," is intended to be shoulder to shoulder with contemporary independent features in release today. It is also an homage to the city Richard Rossi will always call home and a revered boyhood hero. The film not only tells the story of Roberto Clemente's athletic and personal achievements; it is our hope we can inspire people to reach higher and give more of themselves.  Though we are people of faith, we must stress this is not a religious film, but a spiritual one.  It is one of inspiration (a la Rocky). Our faith based activities are who we are and how we live and work together as a team of artists commited to eternal grace.

We screen the film in schools in metro areas and the director visits schools to inspire students towards their own creative expression. Two-time Olympian high-jumper Jamie Nieto is playing the role of Roberto and journeyed to the Olympics (and now working Hollywood actor). Hopefully disadvantaged children will see that no matter where you are or where you are from, the arts are an attainable goal.  The film and its participants espouse the virtues of  perseverence and selflessness.   "Greater love has no man than this, that he lay down his life for his friends."

Want to see new Roberto Clemente movie NOW? The highly anticipated DVD is released early only on Amazon to celebrate Clemente's 3,000th hit & Hispanic Heritage. Limited number will sell out quick so click TODAY to order for yourself & for presents: http://www.amazon.com/Baseballs-Last-Hero-Clemente-Stories/dp/B00EZBBUCC/ref=sr_1_1?ie=UTF8&qid=1378365057&sr=8-1&keywords=baseball%27s+last+hero%3A+21+clemente+stories

For an update on the Clemente movie, click HERE: http://www.facebook.com/clementemovie

Help us make our newest film "Canaan Land."  Many members of Eternal Grace are collaborating on this project.  Our creative work together is a form of church, just as much as any church meeting or service.  We just launched a Go Fund Me campaign,  to check it out, click HERE:https://www.gofundme.com/canaanland 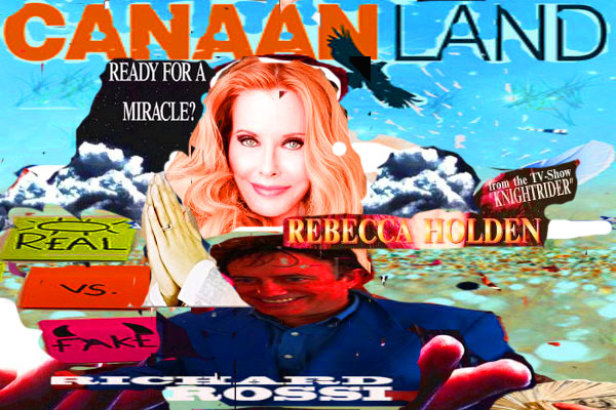 Release Rigid Religion and Reclaim Your Life by trusting the still, small voice within you.