Big thank you to all who have funded this project! Could you please spread the word around as well. We're on our way to Canaan Land.  Here's the website for the CANAAN LAND film, based on Richard Rossi's novel "Canaan Land" which is available on Amazon in paperback, Kindle and audionbook.  THe film version is now finished, for more info visit: https://www.canaanlandmovie.com/

ETERNAL GRACE has no dues or fees.  We are self-supporting through our own contributions.

ALL DONATIONS ARE TAX-DEDUCTIBLE

A Word From the Director:
CANAAN LAND STORY & MY 7 PROMISES TO YOU
Hi, I'm Richard Rossi, director of "Canaan Land."  Please check out the info below, & tell me what you think and/or support the campaign.   All donations are tax-deductible, & there's great perks for you for participating. Thanks for taking a moment to check it out.

I'm enthused to share with you the story of my journey to make Canaan Land, and to make 7 promises to you at the end of this page.

WHERE DOES THE NAME COME FROM?
Have you ever taken a leap of faith?  The Israelites were oppressed in slavery for 400 years.  When they made the exodus to freedom, (celebrated at Passover), they made a journey to Canaan Land, the Promised Land, a land of milk and honey.

My wife, 2 children and I moved 3,000 miles from my hometown of Pittsburgh to her native California.  We felt like the Israelites, a mobile family on a journey to a new land.

Working as a minister in Pennsylvania, I discovered telling stories touches people. I made a documentary, exploring the role of prayer in healing. While editing that movie, I met a director from India named Amin Q. Chaudhri.  He stoked my interest in filmmaking. He made films at his studio in Pennsylvania with actors like Sharon Stone, Patrick Swayze, & Forrest Whitaker. Between films, he lived in L.A. on Muholland Drive as a neighbor to Marlon Brando and Jack Nicholson. He told me "If you ever move to California kid,  look me up."

After our cross-country move, I played the role of Elmer Gantry in a play about the fictional evangelist. It was a part that came to me easily, having been a healing evangelist myself.  Here's a link to me doing a monologue from 'Elmer Gantry": https://www.youtube.com/watch?v=FoLount3Ye8

Amin saw me perform the role on stage at Stella Adler Theater in Hollywood and in Long Beach.  Amin wanted to direct me in a new film story of an Elmer Gantryish evangelist. The news was in Variety, Hollywood Reporter, etc... but I backed out.  I felt too green to do it at that time, much to the disappointment of Chaudhri. I got a call a while later that he'd passed away.

Looking back on my years as a healing evangelist, I never did anything fraudulent to fake healings.  I prayed wanting God to heal people, and refused to report healings without medical verification.  I was honest when people weren't healed and up front about the suffering we go through.

However, my time in that world allowed me to see tricks some big names do.  They fake miracles, such as a gold dust stunt... a trick they claim is angel feathers and gold flakes from Heaven. This hoax helped turn a church in California into the mecca for the charismatic movement.

When you watch our new movie, "Canaan Land" though fiction, you'll see will how some churches con people.  The project's stirred up controversy among faith-healers.

Canaan Land is about a consummate charismatic con man played by me, meeting "Sister Sara," a female faith healing evangelist.  Over 1,000 actresses have tried for the lead before our casting associates chose Kinght Rider star Rebecca Holden to play the lead role.  Sara's a true believer.

Our movie's not a remake of the 1960 film "Elmer Gantry," nor is it based on the 1927 Sinclair Lewis novel. Like those prior works and the controversy they caused in their time, this updated portrayal of televangelists shows the toxic aspects of religion, contrasted with sincere faith.  Brother Gantry’s focus on offerings and building a bigger ministry is the antithesis of Sister Sara's hunger for God.

The film is not an attack on religion.  It is my intention in exposing the counterfeit to show the search for that which is pure, lovely, true. Defensive believers may say we shouldn't expose the counterfeit, but a counterfeit testifies that there is a truth sets us free. For more info and to see the film visit: https://www.canaanlandmovie.com 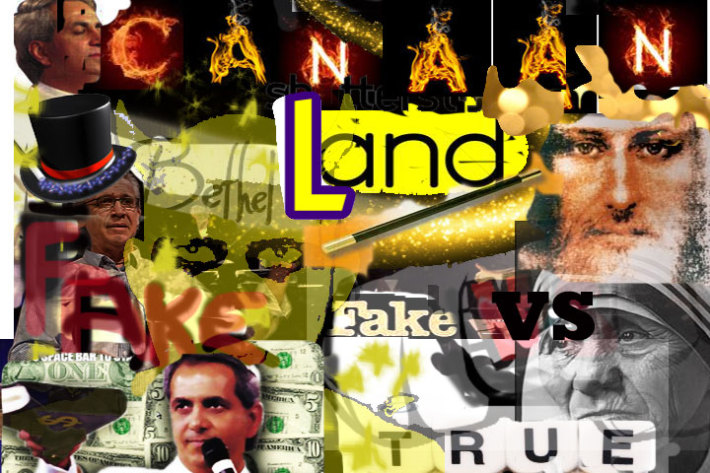 It is a 21st Century story from my upcoming novel "CANAAN LAND," and utilizes original music I wrote for the soundtrack and also music sung by Rebecca Holden with Grammy winner Jason Crabb.  Youll find this film is a needed expose and search for authentic faith, based on my past experiences in the world of evangelism.  You'll see us dramatize how frauds deceive followers into believing pastors who claim to be prophets and miracle workers worthy of donations.  Some abuse the most vulnerable by implying healing is tied to giving money. 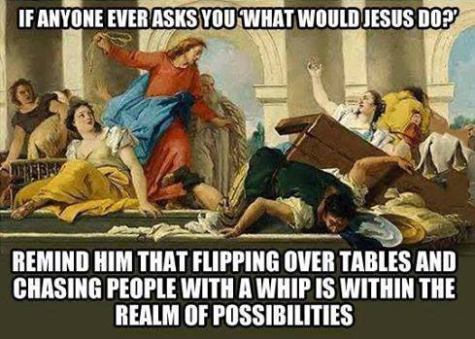 Is this film an indictment of everyone who is a devotee of sketchy TV evangelists or megachurches selling sensationalism? No. There are spiritual people who glean good from bad. How is this possible? Because of the sincerity of their hearts, some are touched even from unhealthy ministries.   Our film deals with the question of how when a person has sincere faith they can get healed even if the preacher is a fraud.   My film is fiction and will change names to protect the innocent and avoid lawsuits.  The movie has a redemptive ending that I don't want to spoil, in which even the narcissistic evangelist running the gold dust con is confronted by the reality of unconditional love.

There are 30,000 denominations yet too few do what Jesus said to do: feed the hungry, clothe the naked, visit the sick and fallen (Matthew 25),  judge not lest ye be judged (Matthew 7:1), and go into a closet to pray (Matthew 6:6).

As you view this film, you'll be left to ponder questions like: Who am I following?  Am I following someone real?  Are they walking the walk or just talking the talk?  What is the difference between rigid religion & a healthy concept of God & the gospel? 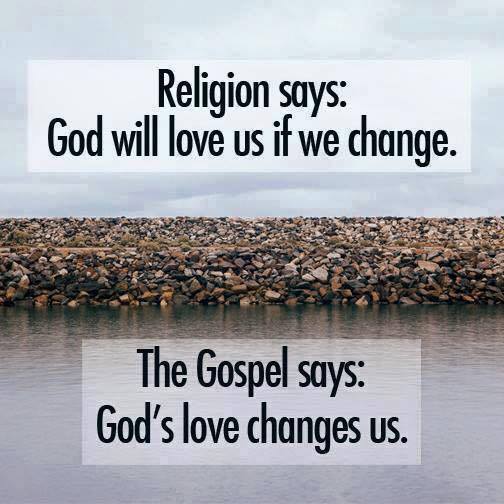 I made this film to communicate love to millions of people.  I made two prior films about Aimee Semple McPherson (she was the inspiration for the prior film and novel "Elmer Gantry").

Two of Hollywood's Royal Families starred in "Sister Aimee."  Director/Actor Ron Howard (aka "Opie" on the Andy Griffith Show & "Richie Cunningham" on Happy Days) got in the business because of his actor-father Rance Howard who play's Aimee's father in the film.  (In the trailer below he's on the horse talking to her.)

The second member of Hollywood Royalty starring in the film is Charlie Chaplin's beautiful blonde granddaughter Kiera Chaplin.  Here's the trailer from my film "Sister Aimee" to show you a sample of my work:  https://www.youtube.com/watch?v=SvBovQ6Hczc

I've been blessed with wonderful collaborators and publicity on those films and my last film on my childhood hero Roberto Clemente.  Here's the trailer from my last feature, "Baseball's Last Hero: 21 Clemente Stories" starring two-time Olympian Jamie Nieto as Roberto, Project Runway Winner Marilinda Rivera as his wife, and yours truly as the scout "Birddog" who convinces Clemente to play for the last place Pirates, watch by clicking HERE: https://www.youtube.com/watch?v=p22ueAmYRk8

I was Academy Award-considered for my first film on Aimee.  I received a letter from Pope Francis about my movie on Clemente.  The Clemente film was made through $15,000 raised online through crowdfunding by Eternal Grace, our 501c3 non profit organization.  Here's the letter from the Pope: 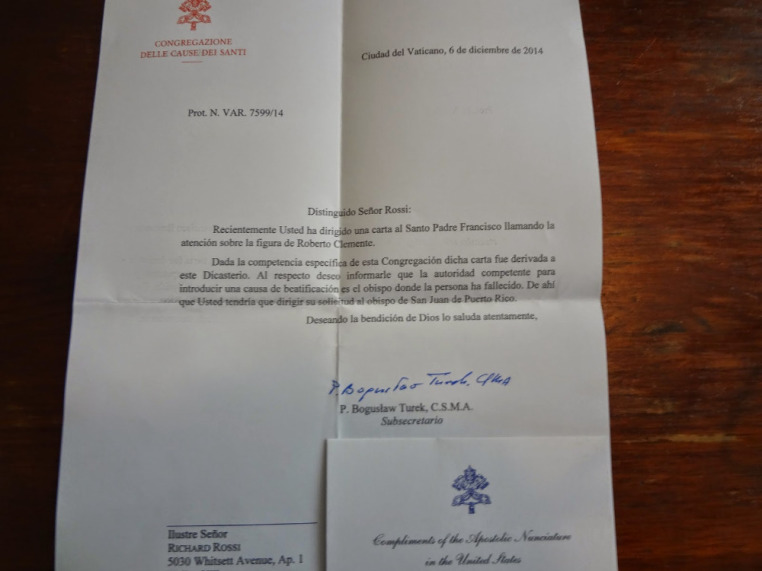 I also received a commendation from the Governor of Pennsylvania for my Roberto Clemente film: 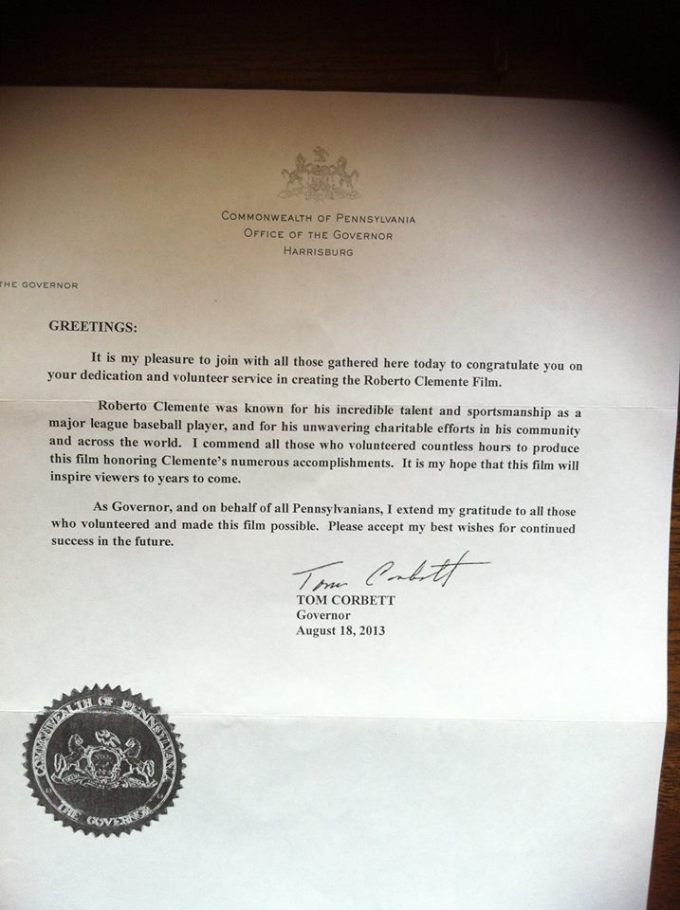 CANAAN LAND uses the money raised to make, market, and distribute this feature. Indie filmmakers are in search of financing because their work & values sometimes doesn't coincide with studio pictures. Movies cost money and without big backers, a filmmaker needs to raise funds. I wanted the creative control to have the final cut and maintain my vision. I don't want to lose control of the creativity, originality, and spiritual quality supporters of my work expect from me - and that I expect from myself. So I put my own money from my own pocket in my films. Making this movie is a spiritual journey & labor of love, co-creating with the Great Creator, the Master Artist who created us in His image.

Though challenged by making films without big studio budgets, I've gained experience, and grown psychologically, spiritually, and technically, learning with each film.

It's not easy for me to do this, but I'm coming to you with my hand out, asking for money and feeling like I'm an explorer embarking on a journey to the New World.  Your generosity keeps the flame burning like a pillar of fire to lead us to Canaan Land.

The strongest asset I have is faith. I made and marketing this movie about faith on faith. I've seen faith create my movies out of nothing before, and I believe that come hell or high water, this new film, "Canaan Land" will make it to the New World. I need your faith too.  I'm not talking about the toxic faith that hurts, but a healthy faith that heals, that brings together an effort of many people working together in creativity.  Here's our current focus:

Thank you for your faith in this dream to support me with a tax deductible donation and to share this campaign on your social media.

Jesus said unto him, 'If thou canst believe, all things are possible to him that believeth.' (Mark 9:23)

What do we promise?  The following 7 Promises:

1.  We promise we will finish this film.

2.  We promise we will put every dime you give up on that screen.

3.  We promise we will expose the false prophets of our day who harm the cause of Christ.

4.  We promise "Canaan Land" will contrast the false with those who truly follow the teachings of Jesus, those who care for the sick, the poor, and the disadvantaged children.

5.  We promise the film will be done to the best of our ability in an artistic way.

6.  We promise the film will be distributed internationally.

7.  We promise to share who God truly is, unconditional agape love, and that love will reverberate to people throughout the world who see the film.

How can you spread the word?   You can tweet about the project on Twitter, share the link on Facebook, tell a friend in person or via email. Forward the project to a journalist, blogger, podcaster, radio or TV host. Richard is available as a guest or interviewee on live streaming or TV, radio, & press outlets.

Donate by email through www.paypal.com (send to email  eternalgracechurch@yahoo.com ) or by snail mail by sending check to: ETERNAL GRACE, 5030 Whitsett Avenue, Suite One, Valley Village, CA. 91607

Here's just a few of our donors:

To my friend to whom I wish the best and praise for his work.

Go Richard go. I hope this little bit helps because I want to see this film get released and be there for the opening.

Hey Richard! I hope this helps. Much respect to you

Richard, wishing you the best of luck on your project. Blessings!

Got to support my fellow filmmaker! Knock it out of the park Richard!

$35
Karen Ashikeh
12 hours ago
Best wishes for your project. I know you would enjoy my fictional character, Reverend Ike "The Preacher" Ham. He gave up worrying about God and focused on good. May the good send you a Master Sound Editor for this new project.
WINDUNDERWINGS
$20
Anonymous
14 days ago
$25
Terry Hunter
22 days ago
WINDUNDERWINGS
$20
Alan Doshna
1 month ago
Happy New Year! Hope you had a joyful season.
$20
Andre De Stefano
1 month ago
$35
Rebecca Bonnette
1 month ago